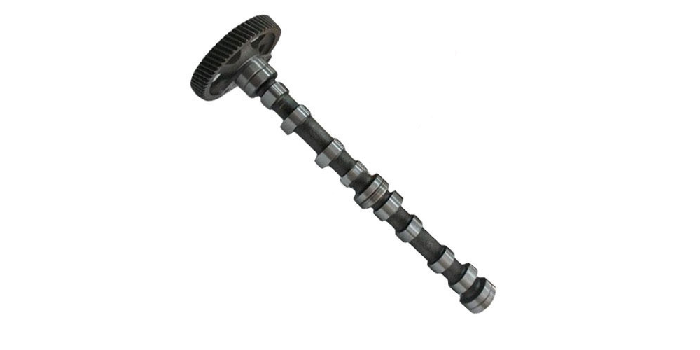 The camshaft uses lobes (called cams) that push against the valves to open them as the camshaft rotates; springs on the valves return them to their closed position. This is a critical job, and can have a great impact on an engine's performance at different speeds. On the next page of this article you can see the animation we built to really show you the difference between a performance camshaft and a standard one.

The key parts of any camshaft are the lobes. As the camshaft spins, the lobes open and close the intake and exhaust valves in time with the motion of the piston. It turns out that there is a direct relationship between the shape of the cam lobes and the way the engine performs in different speed ranges.

To understand why this is the case, imagine that we are running an engine extremely slowly -- at just 10 or 20 revolutions per minute (RPM) -- so that it takes the piston a couple of seconds to complete a cycle. It would be impossible to actually run a normal engine this slowly, but let's imagine that we could. At this slow speed, we would want cam lobes shaped so that:

The exhaust valve would open right as the piston bottoms out (called bottom dead center, or BDC) at the end of the combustion stroke, and would close as the piston completes the exhaust stroke.

This setup would work really well for the engine as long as it ran at this very slow speed. But what happens if you increase the RPM? Let's find out.

There are several different arrangements of camshafts on engines. We'll talk about some of the most common ones.